Ash Sharma is a sustainable energy specialist based in Bath, and is currently Chair of African Initiatives, where he has been a trustee for five years. In this blog, Ash outlines his experience of gender impacts on energy access questions in rural areas of Africa and the Caribbean in his role as Special Adviser to the Nordic Environment Finance Corporation and head of the Swedish-funded Beyond the Grid Fund for Africa.

Many readers will be familiar with global Sustainable Development Goal (SDG) 5, which strives to achieve gender equality and empower all women and girls. My work this year with off-grid energy access is helping to address another development goal, SDG 7, which focuses on affordable and sustainable access to energy. My work has taken me to Ghana, Liberia, Mozambique and Zambia, and to Haiti in the Caribbean, and has allowed me to better understand the pro-gender aspects of introducing modern energy to communities.

While official headline poverty rates are similar for men and women, they often mask underlying inequalities. A Swedish review in Mozambique found that “Persons living in poverty are more likely to live in larger female-headed households, especially where the head is single, separated or divorced. Female-headed households are more likely to work in agriculture, have less secure access to land (sometimes due to discriminatory practices), to be self-employed in the informal sector, and to have less formal education. Women are worse off than men in key development indicators like poverty, employment and education, and are also more affected by environmental degradation.”

Women in rural sub-Saharan Africa are disproportionately affected by the lack of access to modern energy services. While they often spend more time at home, they lack the amenities that we take for granted such as new stoves, refrigeration and decent lighting, and television, radio and mobile phones. As a result, these rural women are not benefitting from improved household air quality, better food hygiene and nutrition, and everyday access to information as we are in Europe today.

In addition, they are at increased risk from fires, burns and other accidents in the home and face security issues when going out to gather firewood. Women and girls are forced into walking ever-increasing distances on a daily basis for firewood, often returning in darkness, leaving them open to attack.

I have seen over the years how improved cooking stoves and appliances have the potential to reduce indoor air pollution, improve the health of women and children, and reduce time and drudgery spent collecting fuelwood, which accelerates ongoing deforestation. 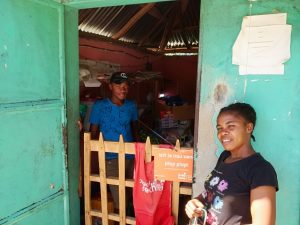 Energy access activities promoted by NGOs and development programmes have traditionally targeted women simply as beneficiaries. A more enlightened and potentially, fruitful ‘gender-integrated’ approach is to consider women as more proactive actors, recognising their role as decision-makers, influencers and micro-entrepreneurs. Various studies globally have found that electrification programmes have been effective at reducing the gender wage gap and increasing economic independence of women. I have witnessed at first hand in Zambia and Haiti that women are often better trusted in communities and are consequently more reliable salespeople.

Formal financial services in Africa often discriminate against women who are less likely to have personal identity cards, which are a requirement for formal bank loans. Also in Zambia, experience has shown that women may benefit disproportionately from the use of mobile money and asset finance (allowing them to buy solar home systems, for example) to access loans.

The Beyond the Grid Fund for Africa provides incentives to private companies to deliver high-quality renewable energy in rural areas. When selecting such companies, bidders are required to provide an analysis of relevant social and gender aspects within their permanent staff and agents, as well as customer segments, and how these are taken into consideration in their product and service offerings. The fund thereby seeks to address the energy needs of underserved rural communities, while ensuring equal opportunities for women throughout the programme’s lifecycle.

In Haiti, I have been fortunate enough to work with social enterprise EarthSpark, which has been on the ground in the country for almost 10 years. EarthSpark employs a ‘feminist electrification’ methodology to mainstream gender aspects into its business model, incorporating pro-gender outcomes while building the sustainable infrastructure that provides opportunity for representative participation, meets the needs of female and male constituents, and supports energy access and gender justice[1]. A few practical examples of this include:

In the last few years, I have seen growing recognition of the role of SDG 5 and pro-gender approaches in bringing modern energy services to underserved communities. In particular, there is a greater understanding that community leaders, non-governmental organisations and energy providers can leverage the social disruption that electrification can provide to improve the standing of women and girls.

[1] This work was recognised as a ‘Lighthouse Activity’ by the United Nations Framework Convention on Climate Change’s Momentum for Change Award in 2018. EarthSpark has since created a ‘feminist electrification’ tool kit to recommend gender best practices to other energy access practitioners.

The Search for Prosperity: African Initiatives and the Sustainable Development Goals