After months of preparation the International Women’s Rights Conference had finally arrived. Tickets were completely sold out so the day was set to be a huge success! I was there live tweeting from the workshops, so that those unable to make it could still follow the day as it unfolded. (I was using hashtag #rightsandreasons to drum up interest and get the event trending).

To start, African Initiatives’ CEO, José Sluijs-Doyle, spoke briefly of her field trip to Tanzania. She found that girls in developing countries have the same dreams as girls here in the UK but sadly not as much opportunity to achieve these. Progress is possible through education: something that African Initiatives does by working with communities to empower women. One particular quote of Josés I liked was this: 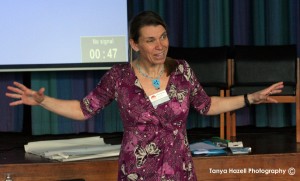 “I dream that one day women will not have to constantly fight for  their rights because access to education, protection from violence and  equal pay and opportunities will be embedded in everyone’s life”.

Sarah Childs, professor at Bristol University, held a talk called ‘Sex Matters: the Importance of Women’s Political Representation’. She raised some thought-provoking issues that women going into politics face and the difference a female presence can make, “we have such high expectations of women in parliament to deliver”. Are women in politics under-represented while men are over-represented? This was an issue that ran throughout her talk. Sarah said: “there is no single cause of women’s under-representation, meaning there is no one solution”. Work still needs to be done to create this equality in the workplace.

The next talk that I attended was ‘How Colonialism impacted the rights of Gay Women in the Commonwealth’, this was held by Daniela Herrmann from The Kaleidoscope Trust. Daniela spoke about issues affecting homosexual women in Commonwealth countries, issues that make these countries seem so out of touch with current times. For example, 42 out of 53 Commonwealth countries still have laws that criminalize same-sex acts. Many African nations in the Commonwealth are still so unaccepting of homosexuality; same-sex acts can be seen as a western convention or ‘un-African’. Here in the UK for us to advance with further acceptance of homosexuality, LGBT rights is a topic that schools shouldn’t avoid.

Following lunch, Maanda Ngoitiko, of the Pastoral Women’s Council, Tanzania spoke of how PWC has helped empower young girls in getting them through education to lead a better life. Work is still being done to raise awareness to girls’ fathers how important an education is to them. “There is a new beginning” in gender equality within education. 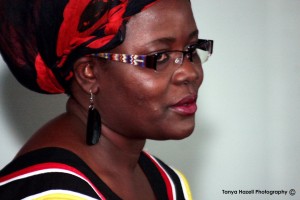 The most moving speaker I listened to was Prossy Kakooza, originally from Uganda, who spoke with emotion about her experience of living there as a lesbian. In Uganda you are seen as sick and mentally unwell if you are homosexual. It is understandable to want to leave your country being made to feel so isolated living there. Prossy talked of the struggles many people face when being granted asylum on a sexual basis by the Home Office. The Home Office interview you by asking a series of questions you wouldn’t have thought relevant. She knows of people who were told by the Home Office “you can’t possibly be a virgin and know your sexuality”.

Please get in touch with us if you would like any information about the above speakers or to enquire about the International Women’s Rights Conference 2015: info@african-initiatives.org.uk.

Why our CEO loves our girls’ education programmes

“I’m determined other Maasai children will not suffer”

Congratulations to our Bath Half Marathon runners