Each day this week I have been blogging about my time with African Initiatives over the last 6 years. Today is my penultimate day.

It’s funny. With most of the big parts of your life you walk away with some sort of personal photo record you can take out and bore people with at a later date; but apart from the compulsory work photos I’ve taken of programmes I really haven’t got anything that represents the incredible time I have had at African Initiatives.

I do however have some great memories. So here are just some of the highlights from my ‘AI memory album’ of the last 6 years.

I organised this event with over 200 delegates marking the launch of the African Voices Forum, an umbrella organisation that advocates on behalf of African Community Groups and Associations. There was a wide selection of workshops and some fantastic key note speakers. At the end delegates were invited to come up to some large pieces of paper and offer one skill that could help to develop the Forum. Most people offered two.

Films for a Fairer World at The Cube Cinema, Bristol April 2008

Arranged by a fantastic group of volunteers, this event packed a local cinema out with people who watched films and some great speakers; including AI’s Trade Justice: The Tomato Farmer’s Story which explored the plight of farmers in Northern Ghana as cheap tomatoes flooded the market. 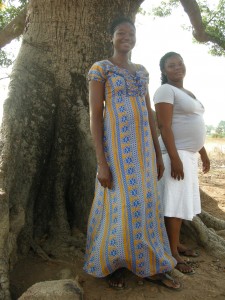 My first trip to Africa (apart from South Africa a few years previously). I remember being met with a blanket of noise as I walked out of Accra airport; some very scary bus journeys (many of which had notices in the back stating ‘In God we Trust’ – and boy did you need to) and watching the most beautiful lightening storm in northern Ghana with awe. More than anything I remember the welcome of the people. And one women’s group near Bolgatanga who talked so passionately about the changes they had seen in their lives because of our rights awareness programme, “we can lift our heads up now because of CSRC”. And one woman, who looked at me and thanked me for coming because “we have only ever been visited by men before”.

Your World, Your Say Youth Summit 2010 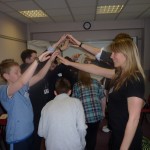 This was organized in partnership with South Gloucestershire Local Authority and the British Red Cross. Delegations of young people from 25 schools came from across the south west to participate in a global education event with a huge range of speakers based around student voice and leadership. I remember standing in the main room as a Q&A session was hosted by Ali Vowles of the BBC, and schools came up with action plans to put some of their learning into practice, listening to the buzz and happy chatter and thinking “We did good.” 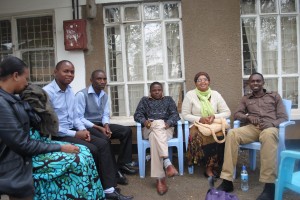 were attending a Peer Educator day camp led by our partner CASEC. We began by talking about the HIV and AIDS programme which was run in each of their urban secondary schools in Arusha, Tanzania but ended up just talking about teaching; teaching methods and ideologies and different ways of behaviour management. One gentleman told me he envied the technology we have in the UK to use in our classrooms, powerpoint and whiteboards. I told him I envied his creativity – he had just given me a long list of innovative ways he could use a pile of pebbles in his lessons.

A few days later I was met by a blank wall of silence when trying to talk to a group of teenagers about the same HIV and AIDS programme in their school. Until I asked them what football team they supported. Then I couldn’t get away. In between berating them for supporting Man Utd I found out that their teacher had told them that not all the students in their school could afford to eat lunch so many of them went hungry. This group of teenagers went away and dug a garden. Now everyone eats.

Probably the last image in my memory album would be one of those huge, cheesy ‘family’ photos which would contain everyone who has made AI what it is over the years. Staff, the hundreds of volunteers who expand our capacity so much, our committed and supportive Board, our partners – African and British… And suddenly, the ‘family photo’ has become more like an army. And I realise that it is this group of people who have given life and meaning to all the rest of my memories; and everything that we have achieved together: The girls now in school, the women who are now able to generate an income and feed their families, the children able to make the life choices that prevent HIV and AIDS.

And all I can say to you is – thank you.

To read my blogs from Day 1-3 please click here

Why I volunteer for African Initiatives

Thank you to everyone who attended our conference

African Initiatives Twitterchat ‘How to’