In the aftermath of the Tanzanian elections, African Initiatives took a look at some of the most inspirational and formidable women in Tanzania at the moment. 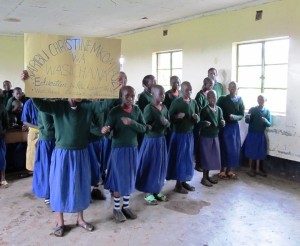 Tanzanian School Girls – Education is the key to life.

In January this year, the African Union announced that 2015 was the Year of Women’s Empowerment. Women across Africa were encouraged to put themselves on the front lines of community and political activity. This comes as 2015 sees the end of the UN Millenium Development Goals (MDG) which sought to promote gender equality and empower women.

Tanzania’s 2015 elections certainly saw a surge in the number of female candidates with 1,039 women competing for local and national seats. Although women represented just 9% of the competition this was the largest proportion of female participation Tanzania had ever experienced. The election results made history with President Mugufuli appointing the first ever female vice president, Samia Suluhu Hassan from Zanzibar. Social media was awash with the hashtag #WanawakeWanaweza meaning Women Can…and they most certainly can. 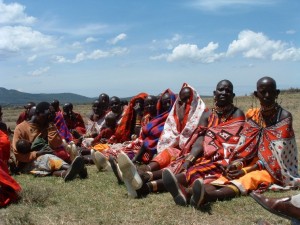 One of the founders of Tanzania Gender Networking Programme (TGNP) Muro has constantly campaigned for gender equality. TGNP is a ‘transformative feminist movement’ that is looking to transform Tanzanian society. TGNP in collaboration with Constitution and Election Women Coalition and UNWOMEN drew up a list of 12 demands for the new 2015 government. In collaboration with others, Ms. Asney Muro called on the electoral commission, the electoral candidates, the police force, political parties and incoming government to adhere to standards of gender equality during the 2015 elections.

Rehema Mayuya made waves in her community when she forced her husband to send home his 13 year old bride. An educated, Muslim woman in her small community of Dar es Salaam, Mayuya was an anomaly. Mayuya is the founder of Tanzania Reform Culture Association. An organisation set up to challenge the traditional role of women in her society and to encourage women to become leaders of their communities.  Mayuya is also an active member of TGNP and going against the grain of her community ran for a seat in the 2015 local elections.

Mickness Mahera is one of the 1,234 women who received training from UN Women who teamed up with TGNP and other womens rights organisations across Tanzania. Mickness comes from the Bsuega District and due to her training in public speaking and campaigning, secured her seat on the district council. Talking to UN Women, Mickness said “I have learned to be confident. I have also learned about the rights of women and youth in political participation. I am going to use that knowledge to sensitize my community on the rights of women to participate in political processes, and will make sure that, as women, we get the opportunity to go into leadership positions.” 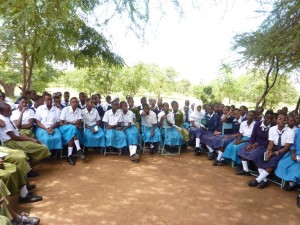 Women in Tanzania are finding their voice through organisations like TGNP and Pastoral Women’s Council, which work to reduce gender inequalities and provide women with a platform for social mobility. African Initiatives works to provide projects enabling girls to stay in school and providing women with financial independence. These most recent elections in Tanzania prove that positive change is underway and Tanzania is becoming a society that values equality and social justice.

I jumped out of a plane for African Initiatives!