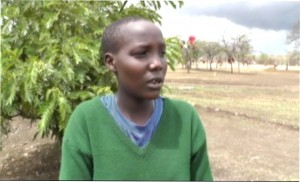 On Monday 17th December, Bristol charity African Initiatives, features Nebiang’ eti Paulo on their Advent Christmas Appeal. Nebiang, a Maasai girl, living in northern Tanzania, is 16 years old but this year has been her first year in secondary school. Selected to attend Embarway Secondary School her parents refused to let her go. Nebiang was due to be married.

This is not uncommon in Maasai culture. Girls are traditionally seen as not worth being educated, partly because they are needed at home to look after siblings, carry out chores or work; partly because secondary school is not free in Tanzania and with a family of boys and girls to pay for girls characteristically miss out but often it is because parents know that their daughters are to be married; often in exchange for an important dowry and  they do not see the point in paying for girls to be educated when they will take that education and use it for the benefit of another family. 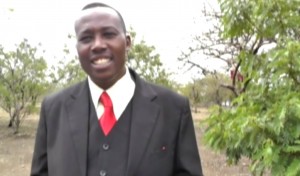 Nebiang took matters into her own hands. She ran away to school. Mr Ben, acting headmaster of Embarway Secondary School says “What impressed me was that she decided by herself to walk up to school to say that she was supposed to come here but was now requested to get married by a parent.” This confidence is unusual for girls who often are not aware of their rights. Since she left, her parents have told to find another family as she is not welcome there anymore. As a school, the teachers decided to support her for the year, paying for her fees and those things she needed such as shoes, uniform and books. The District Education Authority Officer helped her to get a trunk and a mattress to sleep on.

Nebiang is scared of leaving for the holidays. She cries as she voices her fears, “I’m afraid because once I go home they will force me to marry and I don’t want to marry, I want only to study”.

African Initiatives provides sponsorship for Maasai girls such as Nebiang. Head of Communications, Val Bishop, says “Nebiang stands for thousands of girls who cannot get to school, her story is not unusual. The cost of annual fees – currently £250 in Tanzania – is hard for many families to raise for girls, especially when they come from big families, and early marriage is the norm. We have heard of children as young as 7 years old being promised in marriage. They still have their milk teeth.”

Mr Ben says that Embarway school cannot help her for another school year; a year that starts in January 2013. If Nebiang does not receive sponsorship she will have to leave school and face an uncertain future.

On Monday, African Initiatives’ appeal is all about Nebiang, “We are asking people to go to our website www.african-initiatives.org.uk and watch her video where she tells her story. We need to raise £250 to send her to school in January; however small a donation people can make, it will make a difference to her future. There can’t be a better Christmas gift than that.”

Ebola crisis response from our partner in Ghana

First Impressions of the Land of Lion King