African Initiatives is 20 years old. It’s time to look back at where it all started. We spoke to the founder, Mike Sansom and heard about two women with fire in their bellies…

Starry, starry night
In 1996, Mike was travelling the road from Bolgatanga to Bawku in northern Ghana on a motorbike, when it broke down. Mike, who’d been driving too fast, and Philip Ayamba, who’d been clinging on for dear life, had a whole night under the stars to reflect on life and talk about the work they were doing at the time for an NGO (that we will leave unnamed). They agreed that they were, unfortunately, working on a “shit project”.

Mike had been involved in anti-apartheid in the 1980s, in anti-nuclear movements in the Pacific and was researching the idea of African debt at the time. He was also lobbying Nestlé to stop promoting breast milk substitutes in countries with unsafe drinking water. 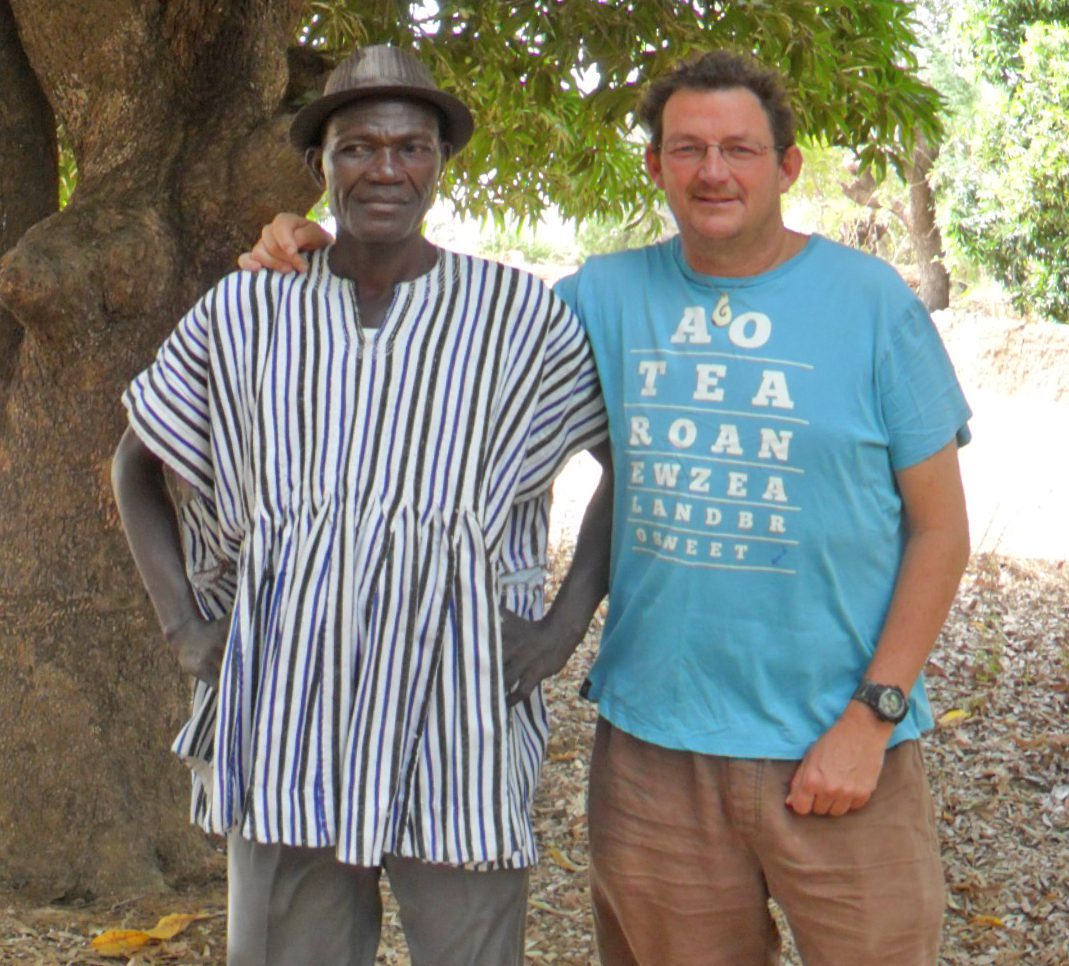 He had come to working in international development through activism and a deep conviction that the world should and could be fairer. But he was already starting to wonder if the BINGOs (Big International Non Governmental Organisations) were contributing anything sustainable over the long
term and if colonialism had really gone anywhere.

According to Mike, that night he asked Philip for his vision of social justice, as a Ghanaian – for what his priorities were, what he believed a good society would look like. They realised that these fundamental questions weren’t being asked by the BINGOs and that they should start their own smaller, more principled outfit.

The essential question they kept coming back to was ‘What if the initiatives really came from Africa, rather than from the funder?’ And so the idea of African Initiatives was born. Mike says it was only ever a working title – but, despite cursing the convoluted tongue twist every time we answer the phone, it’s still African Initiatives two decades later.

Founding Principles
One of the first things they decided they needed to do was reclaim the idea of partnership. NGOs at the time, says Mike, were paying lip-service to partnership; it was already an over-used word, but they often failed to remain committed to African community groups over the longer term.

“It was a sub-contracted relationship. You know, they were partners while there was money. So the idea we had was about sticking by [each other]. We wanted a lot more transparency around funding too and we wanted to try and be more led by the beneficiaries.”

If genuine partnership was the most important value, capacity building was the second. Again, it was a phrase that was often heard, says Mike, but the definition had been hijacked.

“Our view was that people were building capacity for the funded project rather than for the African organisation or for the community as a whole” says Mike “We wanted to build capacity for the vision. We wanted it to follow on from the idea of respect and partnership and from the discussions that should have been happening around the vision of a better society. Sometimes people forget that it’s change that people want – not projects.” 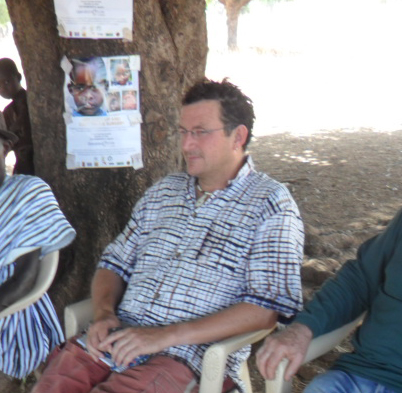 Instead of asking local groups for their vision and hopes, according to Mike, NGOs from the global north would turn up – often with the best of intentions – saying “We’ve got some money for you to build a road so you can transport goods!” and inadvertently they’d destroy a vision people had for the environment or a vision of unity between two people for example.

At first AI was run out of Mike’s bedroom. He managed to get small pots of money to Ghana to help with organic farming projects. Slowly he collected together some passionate souls who were interested in being board members. One of these was a South African anthropologist called David Brokensha, who introduced Mike to another man called Charles Lane.

Charles was working at a think tank called the International Institute for Environment and Development (IIED) and authoring books on pastoralists. He was committed to advocating on behalf of the Maasai in northern Tanzania who, he explained, were rapidly losing their grazing land to conservation and tourism.

African Initiatives began working in Tanzania following Charles’ passion, but Mike blew the whistle on corruption in some NGOs in Arusha and things were becoming decidedly ‘uncomfortable’ he says.

“I was even advised to change guest houses.  I was about to give up on everything and there was a knock at the door of my grotty guest house room. I remember being nervous about opening it. In front of me was a short, serious, Maasai woman who introduced herself as Maanda Ngoitiko”.

Meeting Maanda
“Maanda had heard about the stand AI had made and wanted me to come and see the work she was
doing with Maasai women. She had travelled for 3 days to get to Arusha. When I saw how the women were organising themselves and how they were ignored by the other NGOs, I knew we had to do something. Then PWC was just a small women’s group but they were strong and had such a clear

vision of what they wanted.  It was very inspiring”. At that time they weren’t registered and didn’t even have a bank account, but Mike found a way to get them funds.

“She was such a force to be reckoned with – wow we had some arguments. But everyone knew how determined she was, including the Tanzanian government and some of her own (male) leaders. She was fearless in her stand against corruption, land grabbing and violence against women, sometimes at tragic cost to her and her family.”

In 1997 AI managed to secure Big Lottery funding and Comic Relief funding in the same year and Mike’s vision began to take off. He decided it was time to move out of the bedroom and into an office.

For twelve years Mike was Director, Programmes Manager and Fundraiser, coordinating and funding a diverse mix of projects in Ghana and Tanzania. Initially the focus was on land rights for the Maasai in Tanzania, given that they had been banned from entering a large chunk of their traditional grazing land in 1992, when the Tanzanian government gave it to an Emirati hunting company called the Ortello Business Corporation. It was extremely hard work to get funding for land rights projects, given that it was (and remains) such a ‘controversial’ issue, ie that such wealthy and powerful interests are involved.

Meeting Becky
In Ghana, the focus initially was on livelihoods and particularly organic vegetable farming. Becky Seidhu and Zakaria Arango, pictured with Mike below, were both members of the Zuuri Organic Vegetable Farmers Association. At the age of 16, Becky had stood up in front of her community announcing that she would never get married while there was domestic violence. 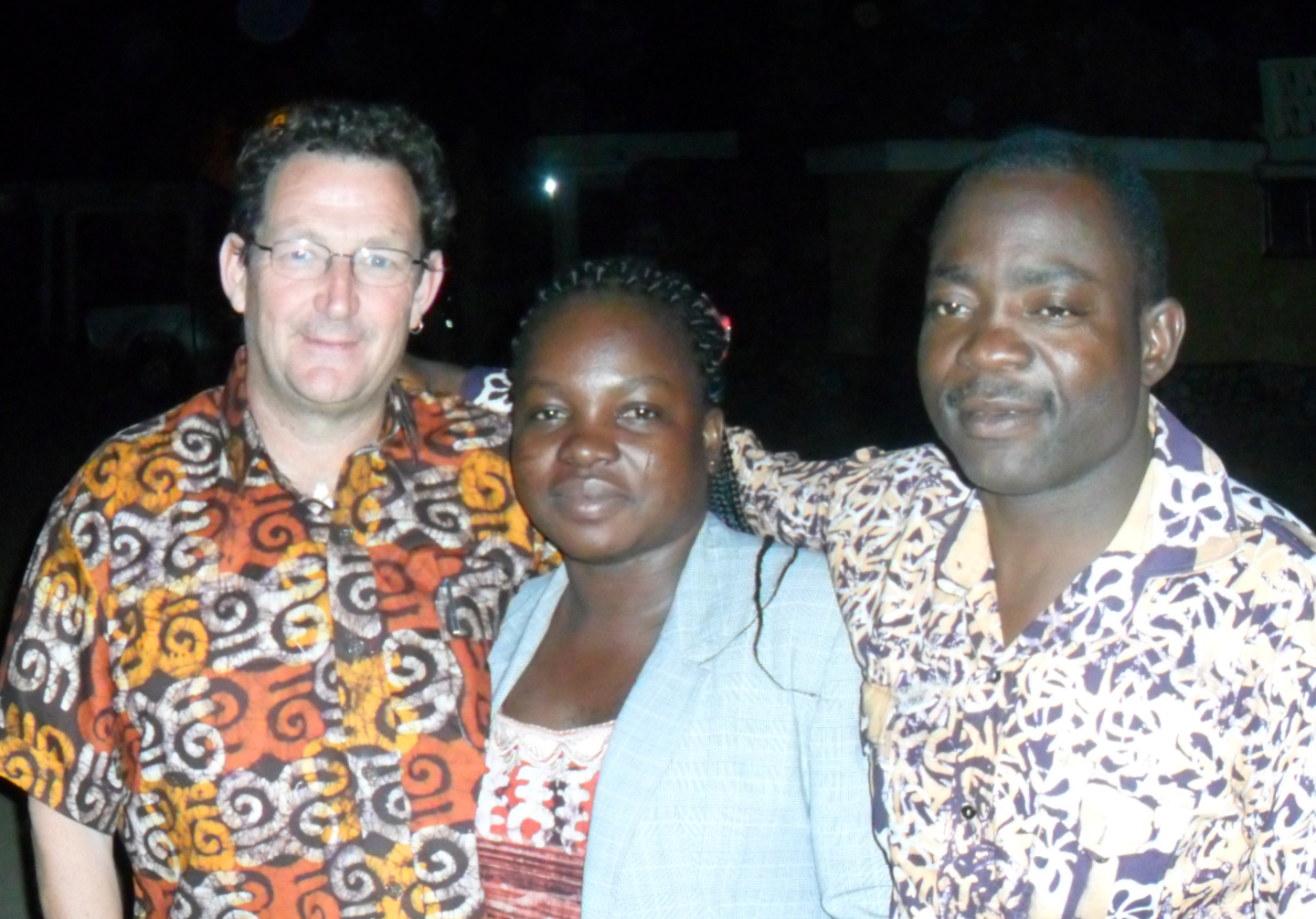 “No-one had ever dared say such a thing” says Mike “So Philip and I agreed that AI should support her belief and bravery in any way we could”.

She became a member of staff working with women in agriculture as well as on family reproductive health and domestic violence.  This was effectively the start of AI’s focus on women’s rights.

“Becky went on to tackle FGM in her community and very quietly made a significant difference over 5 years. It was always difficult to measure because of taboos, but stories from key community leaders, including teachers suggested that the practise had dropped from around 90% to below 50%

This was some of the most memorable work, says Mike, But he’s also proud of the girls’ education work. It’s hard to quantify the impact that the sponsorship of hundreds of girls, who would not otherwise have got to go to secondary school, has had on the communities involved.

AI did not prioritise documenting change (or baselines etc) in the first few years – there can hardly have been time and it’s not in Mike’s nature to prioritise proving things over doing them, but there is no doubt that thanks to the presence of PWC advocating for and supporting girls over a prolonged period, there has been a sea change and women feel increasingly able to speak out.

“Addressing gender issues is the crucial thing. I really still believe that. We made progress in that regard. We changed stuff. We’ve built women’s capacity through girls’ education and involving them in the Land Rights projects“

“Funders are control freaks”
It was hard work fighting to get funds in for our partners, with the changing whims of funding organisations and constantly having to justify, to tick boxes and to fulfil bureaucratic requirements. “Funders are control freaks” says Mike. “Who does development like that? The anti-apartheid movement didn’t say ‘here’s our results framework for the next 5 years and by the end of this we’re going to have liberation’. It’s not how development happens”. 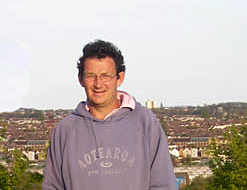 Mike left AI in 2009. “I’d been away from New Zealand for a long time. I felt it was time to go home – I was really tired of the fundraising side and the funding appeared to be drying up”. The global economic crash of 2008 affected small charities horrendously and AI was no exception. It looked for some time as though AI would not pull through. In fact, Mike is convinced that without Karen King as Chair, it would not have survived.

“Financially we were not strong and the board were telling me we had to shut down. There were other issues with the board – I didn’t want to recruit a fundraiser. I was always of the belief that good projects would just attract funding, but I think in hindsight, I may have been naïve – I know of enough shit projects now that have attracted plenty of funding.”

So with eight years of perspective under his belt, what does he feel about African Initiatives now?

“I’m really proud of African Initiatives but if I’d known it was going to be as hard as it was, I wouldn’t have done it. I didn’t go into it with a plan. I didn’t know what I wanted to achieve really, I think initially my motivation was anger. I’d been sacked for questioning the way another NGO was doing things. I’d spent two years working really hard for them and then been sacked and I wanted to prove that I could do it not only better than them, but with principles and ethics.”

The future
“I think those founding principles are even more important today than they were 20 years ago. The focus should still be partnership and capacity-building. Change is a long-term, generational thing so the key is to keep supporting that partnership and those communities long-term”.

AI has stuck with their partners for twenty years and that’s what it is to be a partner – in it for the long haul. It might seem boring in a disposable world, and tempting to think ‘I’d like to mix it up. I supported this project last year, maybe I’ll support a different one this year’. But that’s what it takes for change.”

Mike’s now an International Development Consultant and lives in Aotearoa / New Zealand with his partner Cathy and their kids.[/vc_column_text][/vc_column][/vc_row]

Documenting the impact of our dormitories project